Over the past 20 years private asset markets have not only demonstrated a period of rapid growth but also shown a period of remarkable return on investment for investors. Globally, the private capital growth rate has doubled public capital with investors committing $5.8 trillion to private equity since 2009 alone.

Initially, this growth was underpinned by debt markets that had been eager to support traditional leveraged finance transactions[1] ; however, post the Great Financial Crisis more capital is seeking to replace lending activity (i.e. Middle Market Lending) that banks once controlled. This retrenchment of traditional bank lending has led to a growth of private debt investments which totalled nearly $850bn in 2019. 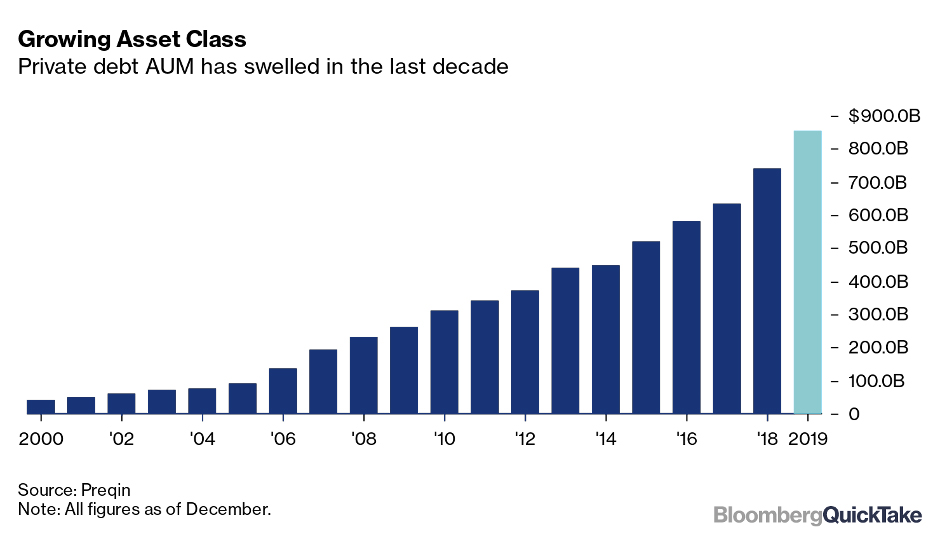 Why Invest in Private Assets?

An advantage of private assets is their potential to generate higher, uncorrelated returns compared to their public market equivalents. 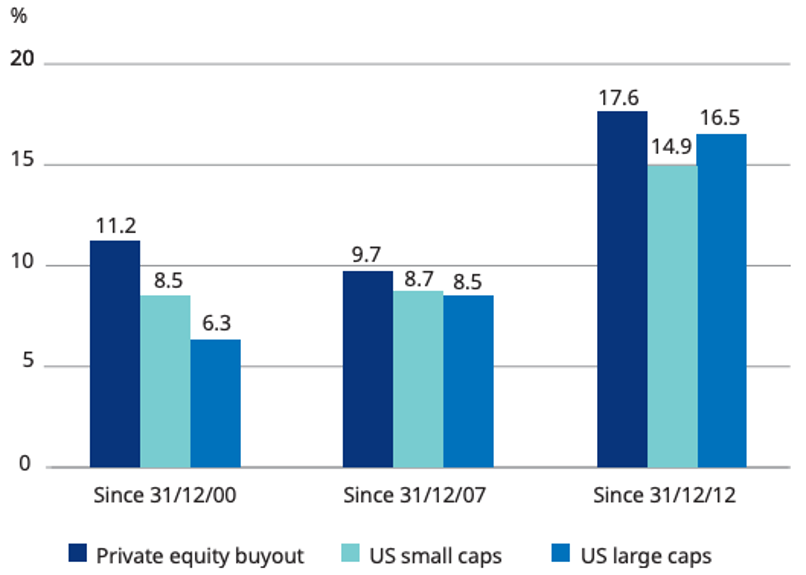 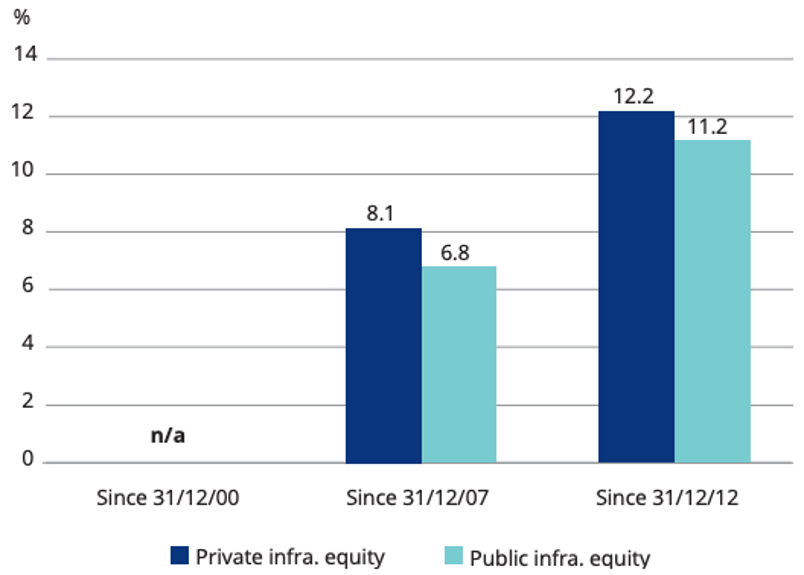 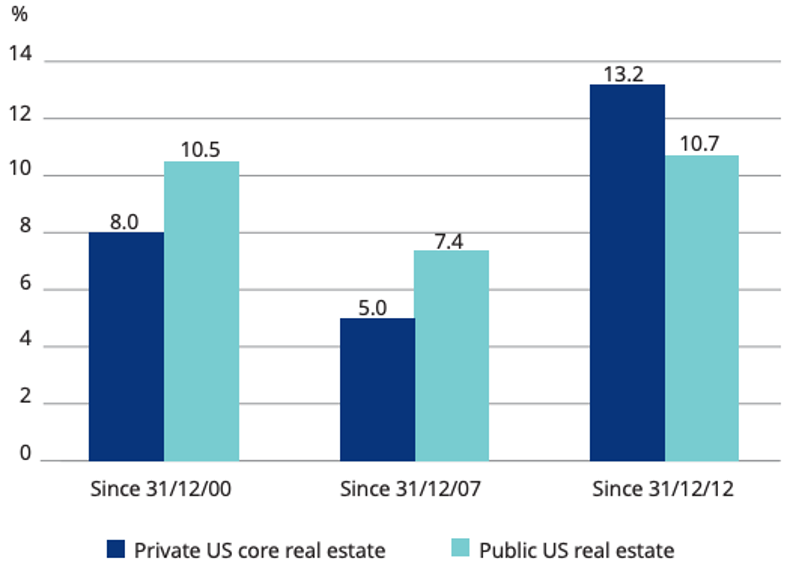 Many investors interpret a higher yield as bearing additional investment risk, but this is not necessarily the case. A substantial part of the return pick-up in private assets arises due to illiquidity premium (a reduction in the price to support a lack of tradability), but transaction size, complexity and the deal sourcing ability of an investment manager also contribute to these higher returns.

For certain assets, the public market only captures a limited subset of the overall opportunity. This is a particular issue in European debt markets, where capital markets have traditionally provided roughly 20% of corporate financing, with the vast majority being provided by banks[2].

However, with the post-crisis retrenchment of the European banking sector, institutional investors now have an attractive opportunity to step in and fill the gap left behind by the banks. For example, we have seen non-bank lenders take a 25% market share of new commercial real estate lending[3] in the UK. As figure 3 suggests, Middle market loans demonstrate a significantly lower risk profile than their broadly syndicated peer group, providing further evidence of the attractive nature of private credit. 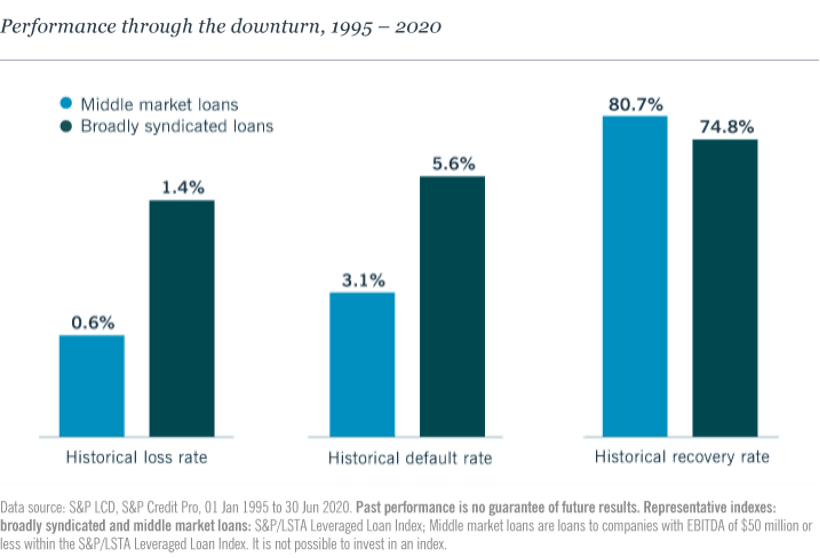 As shown in Figure 4, companies are increasingly turning their back on public markets and preferring to remain private for longer. The increased scale and accessibility of private funding has been a contributing factor to this trend. 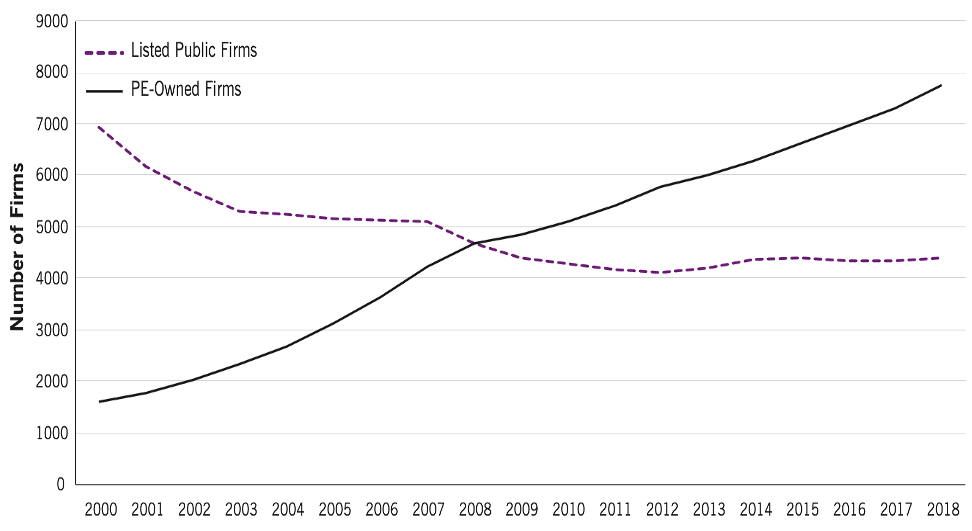 Source: The Growing Blessings of unicorns (2020)

The average time from company founding to IPO has increased from 4 years to more than 10 as a result. Furthermore, unicorns never went public in more than one-third of cases, contributing to the decline in the number of public companies and corresponding rise in the number of PE-backed businesses[4]. Even when these companies do go public, it tends to be at a point in their lifecycle where most of the growth and value has already been captured by private investors.

The additional 6 to 7 years of private ownership proves enormously consequential: private investors earned a median return of 6.7x between the time of their investment and the company’s subsequent IPO; public investors earned just 1.1x on their post-IPO investments in the same set of businesses[5].

The Future of Global Private Investments In 2021

Due to the global pandemic, 2020 was a year of uncertainty and instability. Central Banks and fiscal authorities have actioned supportive measures that will help extend the already historic economic growth cycle. Idiosyncratic and uncorrelated investment opportunities are imperative for investors looking to navigate the challenging macro environment. Despite the many headwinds, we do see positive growth trends with private capital markets continuing to deliver desirable investment results.

[4] The Growing Blessings of Unicorns: Changing Nature of the Market for Privately Funded Companies (2020)