Christophe Reech doesn’t have much time for conventional financial thinking.

“When you’re coming from a derivatives background your brain doesn’t function directionally,” says the chairman, CEO and owner of the Reech Corporation Group, a London-based investment/holding group.

“I’m not bullish, or bearish. I don’t know what these concepts mean. I always think about anomalies and arbitrage. And I’m trying to find things where I can lock in value.”

His “lock in value” idea applies to the businesses the group buys. But it also resonates with what Reech is trying to do with his holding business.

As he says: “I want to build something that has a much longer time horizon, to be multi-generation.” Although none of Reech’s children currently work for the holding group, or any of its companies, he very much wants to give them the option to do so in the future.

This commitment to the longer-term when it comes to making money might seem at odds with someone who made his fortune in the split-second world of derivative trading and the most short-term bit of the financial sector, trading.

Reech, 54, built derivative trading and technology platforms for several big banks and a technology company before selling his stakes in them. He then went on to set up a real estate-focused hedge fund, which took the right bet on the financial crisis of 2008.

Equipped with his financial and deal-making skills, Reech, who was born in France and lives in London, set up his holding group in 2013. That’s when his time horizon for his business moved to a long-term perspective.

That said, Reech hasn’t become a long-term thinker on making money as you’d expect from an owner of a Mittelstand business making widgets in Bavaria. No, his trading and financial instincts, you feel, are very much prevalent in how he wants to build his holding company.

There’s a zeal to create something big and fast. He likes the idea of a holding group built through the concept of “cascade” financing, limiting his and the group’s financial commitment, but owning many profitable businesses in the process.

He points to the Desmarais family in Canada through their holding group the Power Corporation of Canada as an example of a successful “cascade” financed business dynasty.

But for Reech real estate, finance, and technology will drive the holding company’s acquisitions, not luxury.

These companies also have stakes in several other businesses, including FinanzRitter, a digital insurance broker and Whitebox, a German digital retail asset manager.

Although there are an obvious fintech and proptech side to the group’s investments, Reech likes to think more in terms of merging old economy finance/real estate businesses with tech companies when it comes to acquiring companies and stakes in them.

“We will never invest in a fintech company and hope the company will become successful. Instead, we will find a financial services company we like and take a controlling stake in it,” he says.

“Then we’ll find some tech companies in the fintech sector and merge them with the incumbent player, so the incumbent company becomes a fintech.”

Reech likes to use the example of the very traditional, old economy business rolled up in the latest technology. “If one day we bought a controlling stake in, say, a private bank founded in Portugal in 1847, and then we plug some fintech companies into that bank, we would end up with the first fintech business in Portugal set up in 1847.”

The old business brings the distribution, which few fintech companies have, or can gain rapidly, says Reech.

Currently, the group is following through with this idea with a roll-up of traditional independent financial advisors in Germany with an AI-driven platform.

Reech also wants to co-invest with family office-type capital, which he sees plenty of in the market. “The old-style secretive family office, not open to the outside world, is disappearing. Today, there is much more active capital coming from families.”

To take advantage of that vibrant capital, Reech has created a private version of a SPAC (special purpose acquisition company) to co-invest with others. The SPAC works through a sponsored share concept, so if the investment hits a specific type of returns, it triggers a sponsor share allocation.

“We give our co-investors a piece of the deal, and there is a 500% alignment with me because I’ll do the deal anyway.”

Reech is also looking at doing a public SPAC soon, although he won’t say the target company, nor where it will be listed.

“Finance as a tool can do very big things, very quickly,” says Reech. 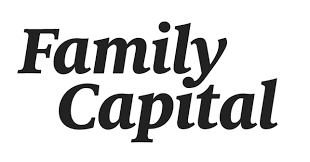